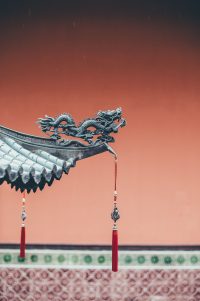 The new UK-China Double Tax Treaty became effective in April 2014. This comprehensive treaty is yet further evidence of the UK government’s clear ambition to forge stronger business links with China.

For UK residents investing in China, the treaty imposes a maximum dividend withholding tax of 5% for corporate investors beneficially owning at least 25% of the capital of the paying company, and a 10% rate in other cases.

This treaty was signed in 2011 and in its original form permitted indirect holdings as well as direct holdings to be taken into account in reaching the 25% threshold. This was a cause for concern for China who approached the UK to request a change. The implementation of the treaty was delayed whilst the treaty was being revised for this point.

UK domestic law does not generally impose withholding taxes on dividends paid by UK companies so the treaty does not improve the situation for the resident of China investing in the UK. However the UK does impose withholding tax of 20% on income distributions from a UK real estate investments trust or property authorised investment funds and the treaty does reduce this rate to 15%

Withholding tax on interest and royalties

The 1984 treaty did not exclude any gains on the disposal of Chinese shares from tax in China. The new treaty gives complete relief from tax on capital gains when disposing of holdings of less than 25% (although this does not apply to property rich companies). This is another key benefit for UK residents seeking to invest in China

The new UK-China Treaty is one of the most beneficial treaties China has entered into putting the UK in a small group of favoured treaty partners, including Hong Kong and Singapore. Taking this together with the many benefits of the UK regime including no withholding tax on dividends, the substantial shareholding exemption and EU directives, and the UK looks like a very competitive jurisdiction for Chinese investment into the EU and investment from the EU into China.

This treaty has been well worth waiting for and is set to boost the UK as a holding company location for both inbound and outbound investment between China and the EU.

COVID-19: Understanding the claims process for the newly self-employed seeking financial support from the government (2 of 2)

COVID-19: Understanding the claims process for the newly self-employed seeking financial support from the Government (1 of 2)

Is now a good time for farmers to invest in plant and machinery?