Press enter to begin your search

What is Making Tax Digital? 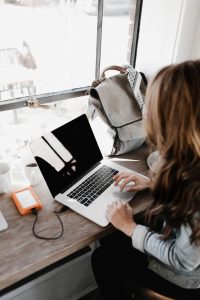 Making Tax Digital (MTD) is a government initiative that aims to make it easier for individuals and businesses to get their tax right and keep on top of their affairs.

The first phase was introduced in April 2019 for mandatorily VAT registered entities. Businesses with turnover above the VAT threshold were required to maintain digital records and to submit their VAT information to HMRC using Making Tax Digital compatible third-party software. Most businesses have submitted their VAT return electronically for several years, but since the introduction of Making Tax Digital, records for the underlying transactions were also required to be maintained electronically, which required a change in process for many businesses.

In this article, our Digital Services Team explain the implications of Making Tax Digital and how you might be affected.

Making Tax Digital for VAT first applied to VAT registered businesses with turnover above the VAT threshold (currently £85,000). Remaining VAT registered businesses with a turnover below the registration threshold were brought into the Making Tax Digital programme with effect from April 2022.  The rules apply to sole traders, partnerships, companies, LLPs and charities.

HMRC confirmed that the requirement to keep digital records does not mean that businesses will have to make and store underlying invoices and receipts digitally. The information that must be reported includes:

Businesses are still able to submit monthly, rather than quarterly, returns under Making Tax Digital for VAT.

Adopting the right software is not just about complying with Making Tax Digital requirements and has the potential to a range of broader benefits for many businesses. Once the software system is up and running it can provide real-time information, reduce errors and save time which ultimately helps to run a more efficient business.

Some older software’s will not be compliant for Making Tax Digital requirements.

From April 2024 HM Revenue and customs will require existing self-employed people and landlords with cumulative qualifying income of greater than £10,000 per annum to keep records of their income and expenditure digitally and to submit those records using MTD compliant software.

When does this next round of MTD become effective?

As well as an annual tax return businesses and landlords will be required to submit a quarterly update before finalising their business income at the end of the tax year.

Who will be affected?

Individuals who are a landlord and/or have a sole trade with combined income greater than £10,000 per annum will be required to become MTD compliant with effect from April 2024.

The move to include partnerships has been deferred until April 2025.

Are there any exemptions?

Yes. The following broad categories will be exempt.

What will businesses and landlords who fall in scope need to do?

The precise task has not yet been fully defined by HMRC however what we do know is that the basic requirement is as follows:

Old Mill Digital Services Team are here to help. If you have any queries about Making Tax Digital, please contact wayne.bastian@om.uk, sarah.mcnairn@om.uk, or alternatively click here…

Old Mill advise on sale of Golledge Electronics to Techpoint

The Top Things to know before selling your Business

What is Making Tax Digital?