Old Mill advise on the sale of Atlas Packaging

Old Mill Corporate Finance is pleased to announce that Atlas Packaging, one of the UK’s leading innovative cardboard box companies, has been acquired by Smurfit Kappa UK Limited (SKUK), a subsidiary of Smurfit Kappa Group, a world leader in paper-based packaging with listings on the London and Irish stock exchanges.

Old Mill helped to deliver the transaction for the Atlas shareholders. 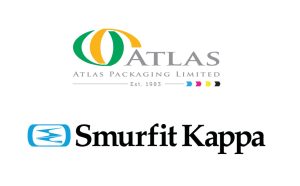 Atlas Packaging is a business that has been particularly close to our hearts at Old Mill as it was the first deal to be done by the then-new Exeter office, and the need to look after the business post-deal then led to the creation of our audit team there.  In many ways we have followed similar journeys, both having been management buy-outs from large corporates in the mid-naughties.

The original MBO was actually before my time with Old Mill so I wasn’t involved in that deal, which saw Adrian Gamble, the original founder of the company, buy it back from the Mondi Group, alongside his senior team.  Although now independent, Atlas retained some of the benefits that it had learned from its time in the corporate world, including quick turnaround on monthly management information, monitoring of KPIs and monthly board meetings.  This ‘big business’ approach to information and decision-making is not that common in owner-managed companies and stood Atlas in good stead as it successfully embarked on its independent journey.

Wind the clock forward to 2010 and with the original deal debt now repaid, a new era began, with the founder, Adrian reducing his stake through a second management buy-out led by the senior team, and changing his role from managing director (now taken by Jason Sharman) to Chairman.

Meanwhile, in Old Mill, our journey had parallels.  We became independent through an MBO in 2006 and our next generation bought-in in 2012.  Personally, my role had changed thanks to the financial crisis and its impact on the corporate finance market, which necessitated a refocus on audit for a time.  Having become a Responsible Individual (the proper name for an audit partner!) Atlas was I think, the first audit report that I signed-off in my own name.

Over the ten years since the second buy-out, Atlas grew considerably, continually investing in the plant and new technologies.  The products that Atlas is able to produce, both in terms of the quality of the print and the technically complicated structures they create never ceases to amaze me, and is way beyond what comes to mind if you think of a cardboard box.

Then in the latter part of 2021, the shareholders were approached by Smurfit Kappa and a deal was agreed, which completed in early 2022.

I am delighted for the shareholders and to have been part of delivering the transaction for them. Having known the team for so long though, I have to admit I am going to miss working with them.  ”

Michelmores‘ Harry Trick provided legal advice to the shareholders throughout the transaction.

If you are considering buying a business, selling your company or are looking for ways to finance your growth plans and would like to find out more about the process, please contact the Corporate Finance Team direct or click here….

Avoid the ghouls when selling your business

Old Mill advise on the sale of Atlas Packaging