As farmers come under growing pressure from factors such as fluctuating farm gate prices, labour shortages and the potential loss of farming subsidies, many will be focusing on their farming strategy to ensure they make a profit – and, that’s where sideways loss relief can help. But a recent case may offer some relief for farmers who have made a loss, despite there being a ‘reasonable expectation of profit’.

How do Hobby-Farming Rules impact?

Farmers may have heard of ‘hobby-farming rules’ – these restrict sideways loss relief in the sixth year following five consecutive years of losses. In the case of Naghshineh v HMRC [2018], Mr Naghshineh had a farming enterprise that included a variety of both agricultural and non-agricultural activities such as organic arable, sheep and cattle rearing, egg production, a farm shop and holiday lets. The farm made losses for 17 years which were subsequently claimed against his other income sources.

HMRC raised an assessment for additional tax payable on the basis that sideways loss relief should be denied for the years in question due to losses made in the preceding five years. On appeal to the tribunal, it was found that Mr Naghshineh met the ‘reasonable expectation of profit’ test, and the sideways loss relief was allowed.

There are two parts to this test. The first is that if a competent person were carrying on the trading activities in the tax year in question, they would reasonably expect to make profits in future years. The second is that a competent person carrying on the trading activities at the beginning of the loss-making period could not reasonably expect the activities to become profitable until after the end of the tax year in question.

Crucially, Mr Naghshineh was able to provide strong written and oral evidence, as well as the testimony of an expert witness in agriculture and farm management, to satisfy the reasonable expectation of profit test. 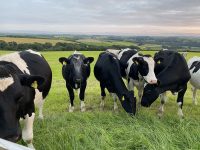 However, each case is unique, and in the case of Scambler v Revenue and Customs Commissioners [2017], the tribunal found in favour of HMRC and denied the sideways loss relief. The finding was on the basis that the farmers had no control over the volatile milk price or fluctuating feed costs, and as competent farmers they had no expectation of profit for their business at the end of the period under review which was 2010.

The key message for farmers here is that for those of you considering diversifying or exploring new trading activities, such as converting to organic, consider drawing up a written farm management strategy projecting expected profit or loss. This could potentially strengthen your position in the event of a sideways loss relief claim.

For those of you already in your sixth year of loss, remember that each case must be considered in detail to determine whether you will meet the reasonable expectation of profits test and can claim the relief.

For more information, please speak to one of our Farming Advisers.