After the furore of the last few months, today we prepared ourselves for the third major fiscal event of the Autumn, and did so with bated breath. If the National Press was anything to go by, we would see sweeping changes across almost all taxes, as well as significant public sector belt-tightening, in order to deal with the much-talked-about £50bn ‘fiscal black hole’ in the UK economy. One of the Chancellor’s opening comments was about the level of debt interest spending – projected to reach £120.4bn – and so expectations were that tax rises would be painful.

Headline grabbers on taxation included the reduction in the threshold for the highest (45p) rate of income tax, which will apply to income above £125,140 rather than £150,000, from 6 April 2023. The zero rate tax allowances for dividends and capital gains tax will both be halved, broadly, to £1,000 and £6,000 respectively. Electric cars will also come within the charge to vehicle excise duty, and the benefit-in-kind charge on electric cars will also increase. Energy companies and electricity generators will also see windfall profits taxed, which, alongside the measures introduced earlier this Autumn, are predicted to raise over £55bn for the Treasury. Companies making claims for research and development tax relief also saw significant changes, see detailed commentary here.

But, in general, the direction of travel seems to be to raise taxes through stealth. This is the policy of freezing tax thresholds, rather than increasing them in line with inflation, with the result that wage growth will push taxpayers into higher tax brackets. This stealth policy will see the income tax personal allowance and higher rate thresholds remaining at current levels until April 2028. The main National Insurance thresholds, including employers’ National Insurance, will also remain frozen until April 2028. So too will the inheritance tax bands. The tax take on employer’s National Insurance alone is expected to be £25bn over the next five years.  Any suggestion that public infrastructure projects would be curtailed or cancelled seem, for now, to have been false. HS2 remains on the agenda, along with the UK’s digital Project Gigabit and Sizewell C, although the latter is still ‘subject to final agreement’.  There were also commitments to the pension Triple Lock, seeing the state pension increase by over 10% in line with inflation, alongside working age benefits, and additional Cost of Living support for those most needing it.

Our summary of the changes is included below with more detailed analysis to follow over the coming days. 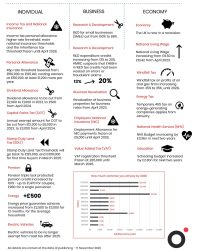 The Autumn Statement 2022 – The Analysis